In Shimane, sake has been brewed continuously since the Yayoi period.

Shimane has a culture developed dramatically during the Yayoi period, whose traces remain for example in archaeological sites of Izumo Kojindani or Kamo Iwakura where a lot of bronze swords and bell-shaped bronze vessels had been unearthed, and square tumuluses with four corners protruding outward which have the origin in the Korean Peninsula. 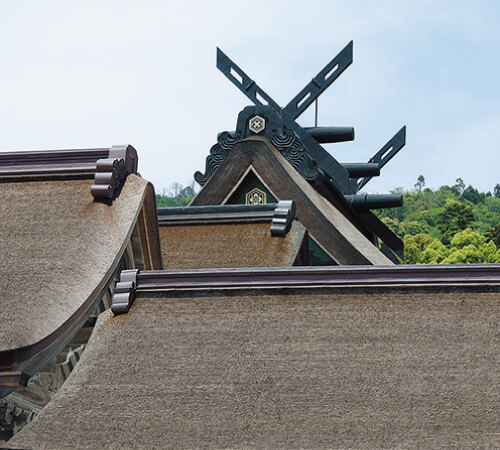 With regard to sake, Izumo mythologies in Kojiki, the oldest extant chronicle in Japan, tell that Susanoo-no-mikoto made the Yamata-no-orochi so drunk that it passed out with “Yashiori-no-sake,” which means many-time brewed strong sake, before he slew the serpent. Also in Izumo no kuni Fudoki, there is a line like ‘Gods from all over Japan gathered along the bank of a river in Saka, built Mikuriya, the Imperial kitchen, and brewed sake to hold a banquet…’
As if to prove that, Izumo Grand Shrine and Susa Shrine have inherited the tradition of “Birei,” a type of overnight sake made from rice porridge for religious services, which has the origin in northeast China. And in the rituals conducted at Sada Shrine, they are offering “Funrei,” a sake made from steamed rice and koji mold, which traces its roots back in the basin of Chang Jiang in China. 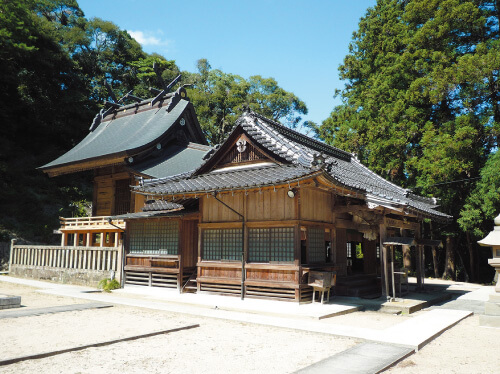 “Akumochi-zake,” a type of sake made by adding charcoal to the fermented unrefined sake, brought from Zhejiang province in China, has now developed as “Izumo Jiden-shu.” “Doburoku,” a raw sake, of Saka Shrine is made through the similar process as in the late Nara period.
As seen above, Shimane has inherited various ways of sake brewing of Yayoi origins.

This is why Shimane is called “the birthplace of sake.”